Reviews and opinions about Arcane

Before Arcane, Riot Games had many times made the conversion of their games into movies but were unsuccessful, even miserably criticized. Until Netflix “dipped in” and turned the game League of Legends into a movie with plot, character development, making the game the first successful adaptation project after a string of previous failures. .

Talking about League of Legends, what makes players stick with it for 12 years since its release is the game’s characters. But no matter how attached, the characters in the game League of Legends are just virtual characters, created by graphics and a few smart lines to show a little about people and their personalities. LoL itself and these characters do not have any specific plot. Well, that’s exactly what Arcane: League of Legends exploits and intelligently solves. 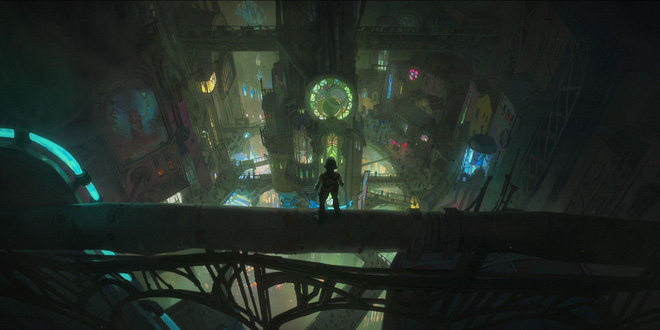 Instead of trying to cover dozens of characters in the game, Arcane not only narrows the protagonist to a few key champions, but also splits them into separate parts. Arcane has a total of 9 episodes, divided into 3 parts, like short films, focusing on each person, building a clear plot for them, giving the series time to dig into each character during their lives. their lives and journeys.

Two stories in two cities blend together and struggle with progress

Arcane’s storyline is friendly for those just starting out in League of Legends, it acts as a prequel to many of the playable champions in the game. The two stories take place in parallel throughout the series through the two cities of Piltover – a utopia for the rich and powerful elite, and Zaun underground, run by gangs and they must face the Piltover’s constant police raid. Above, we follow Viktor and Jayce, two scientists who cultivate Hextech, a vehicle for anyone who wants to use magic. Both are students of Heimerdinger and they are both champions in the game League of Legends.

Typically, in 3D production, all aspects of a scene are modeled in three dimensions. However, Arcane took a different route, with the backgrounds being digitally painted and the details on the characters digitally painted to match their surroundings. Special effects are created with 2D animation to give it a painted feel, and 3D action scenes are combined with backgrounds and character styles. Fortiche and Riot Games have combined the perfect balance of 3D and 2D animation to show the reactions of these beloved characters down to the smallest detail, adding to the cast’s excellent voice acting abilities. .

The costumes of the characters are extremely detailed, and it uses the material that is the plot of League of Legends – the behind-the-scenes stories that Riot Games wants to tell throughout Arcane. This is best illustrated through the inner turmoil of Powder/Jinx, which is animated against the contrast of bright neon colors distorted against Zaun’s gray and sombre setting, using a mixture of Combine 2D and 3D to create striking effects.

If you’ve played the old version, then surely you are no stranger to the plot of this remake because strictly speaking, the plot is still...