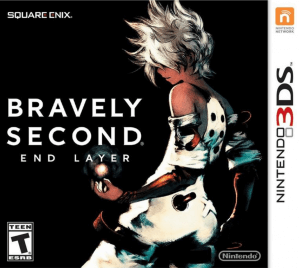 
The story begins when Agnès Oblige, after her relentless efforts, persuades the Crystal Orthodoxy and Duchy of Eternia to halt the war to reach a peace treaty. But when the treaty was about to be signed, a mysterious force led by Kaiser Oblivion ruined the ceremony, severely wounding Yew Geneolgia, Agnès’ bodyguard, and kidnapping her. When Yew woke up, it was too late. As Yew, your task is to find and defeat the mysterious organization and rescue Agnès. With the gameplay of classic role-playing games, the battles will be turn-based battles and focus on “brave points” (BP). In battles you can “default” to defend and get BP points, then use “brave” to release all BP points to perform multiple actions in one turn. The battle feature of battle series will allow you to fight many battles in a row, in return, you will receive a large amount of experience and the rewards are also more valuable.