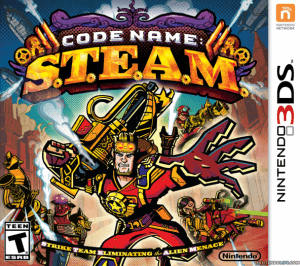 The game takes place in a fictional world, another version of London in the 1865s when steam engines flourished. At this time the city began to be attacked by the invading aliens, two friends Henry Fleming and John Henry joined the STEAM forces to fight the purpose of chasing the invaders. Join the game, you will feel like reading a comic book, where you control your character from a third perspective and fight in a tactical turn-based style. Here the two teams will take turns attacking, pay attention to each step of movement and hide behind obstacles to limit being attacked by enemies. In addition, each of your attacks and moves requires a certain amount of steam, requiring you to devise a reasonable strategy for each attack. While playing, collect as many gears and medals as possible, gears will help you increase the character’s stats and medals used to upgrade weapons and buy more equipment.