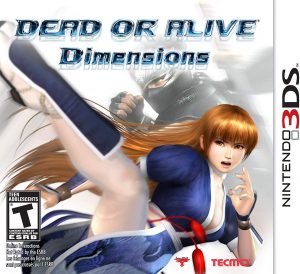 
The story begins when Mugen Tenshin clan leader decides to choose Kasumi as his successor when Hayate, Kasumi’s brother dies after a battle. After finding out, Kasumi learned that the reason for her brother’s death was due to Raidou, she was determined to leave the village and seek revenge even though she was being murdered by her own family. In the story mode, you play as Kasumi to fight different characters and experience stories. In addition, you can also choose your favorite characters to fight in different tournaments including Arcade (the battles take place in a certain period of time), Survival (a series of battles with many opponents until you are defeated) and Free Play (allows you to choose the character and opponent of your choice to participate in battles). In the 3DS version, the characters and actions will be displayed in the upper screen, while the combat action will be displayed in the screen below.

Bravely Default – For the Sequel