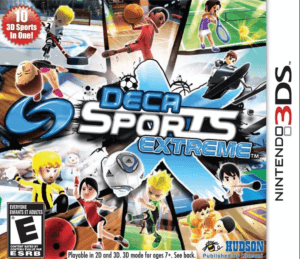 The fun “Deca Sports Extreme” sporting event is still going on and whether you want to get involved? The game offers 10 different sports including Soccer, Tennis, Basketball, Snowball Fight, Ice Hockey, Sumo Wrestling, Bowling, Trampoline, Sport Blowgun, and Snowmobile Racing. With gameplay focused on hilarious elements, their characters and actions are designed with great humor. Also in every sport, you can also create special abilities such as a giant racket in tennis, cannon in basketball, etc. The game also supports up to 4 players at the same time to bring one Real tournament between players.

I Love My Dogs