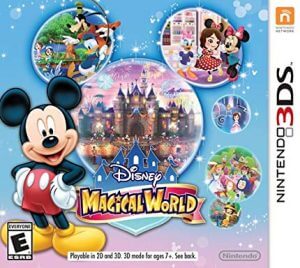 
Disney Magical World is a life simulation video game developed by Bandai Namco Games, which was first launched on August 1, 2013. Join the game and you will be taken to a fairy world where Knights, princesses, or any other familiar Disney characters living together. Starting the game you will customize the gender of your character, then you can freely explore the town. In the game, there are many different fun activities such as fishing, gardening, making clothes, etc. You can also interact with the characters in town and take missions from them. When completing your tasks, it will be given stickers that act as a levelling system. In addition, the game also has four different storylines including the world of Cinderella, Wonderland, Hundred Acre Wood and Agrabah, you can join whenever you want. You can also beautify yourself by earning money to buy more beautiful outfits.