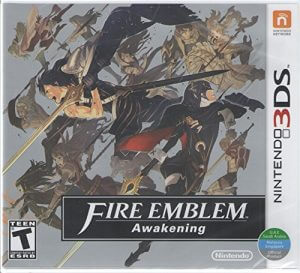 Thousands of years ago, a battle between two dragons happened to bring a dark era to the world, the Naga dragon sided with humanity, the other was Grima to bring death to humanity. The hero Marth used his sword to slay the shadow dragon Grima, from which he became king and unified the Archanea continent. Today, Archanea is once again divided into three rival nations, the descendants of Marth who now rule the kingdom of Ylisse with a penchant for peace and reverence for the Naga dragon. The neighboring kingdom of Plegia is the opposite, they love violence and worship the Grima dragon. At this time Prince Chrom of the Kingdom of Ylisse formed a small group and named it The Shepherds with the purpose of investigating dark conspiracies coming from the neighbor. Join the game you will become a member of the Chrom team, you can customize your character in depth like gender, voice, etc. Then you will lead the whole adventure team in the land. The vast, here you can interact with the NPCs and enroll more new members. In your journey, you will encounter countless enemies and have to fight them. At the start, you will select the characters in the team to directly fight. In battles, the battle arena will appear in the upper screen, while the bottom screen will display character information. The two characters when nearby will support each other as buffs, blocking enemy attacks, on the other hand, you can combine the two characters into a unit that allows them to attack an enemy unit together. After each battle, the characters also receive experience points that help them level up, improve their stats, and learn new skills.