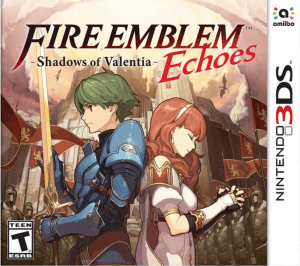 Game is set in the continent of Valentia, this place has long been divided by the battle between the gods Mila and Duma. Years later, the two nations formed in two parts of the continent, in the south is the Kingdom of Zofia worshiping Mila, the people here are rich but extremely arrogant; In the north, the Rigel Empire worshiped the god Duma, who was strong but poor in both wealth and soul. Wishing to restore peace between the two lands, two close friends, Alm and Celica, began a journey together. Join the game, you will become the commander of the army fighting the other faction, the battles will use the turn-based system, where you can move your units on the grid arena when the units of the two sides bump into each other, a clash will occur. At this point, you will control the character from the third perspective. There are many different types of characters, each with different abilities that require you to use properly in battles.

Hakuoki: Memories of the Shinsengumi

Etrian Odyssey V: Beyond the Myth