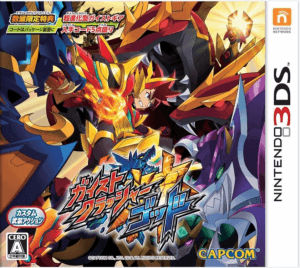 A few months after the victory over Erasers, Rekka and his friends are faced with a new threat from God Gaists, who is on the side of Gaist creatures. They blame mankind and plotted to destroy them all. As Rekka, your mission is to stop the plot of God Gaists to save the world. Similar to the previous section, Rekka uses Gaist Gear suits with the ability to transform into powerful creatures, where you must fight many enemies and destroy bosses to own new Gaist Gear.

Rhythm Tengoku: The Best Plus

The Legend of Legacy