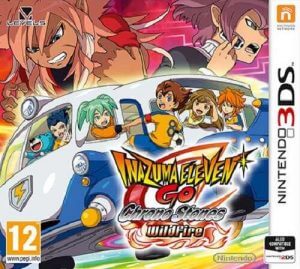 
The story begins right after the Holy Road soccer tournament ends when Tenma returns to school and realizes that he was taken to a parallel world where his teammates are no longer footballers. In this world, an organization called El Dorado was established to stop the development of football, Tenma with the help of his new friend Fei Rune began the journey to defeat El Dorado to bring football back. The game is divided into two parts, one part you will control Tenma moving, explore the world and interact with other characters like traditional role-playing games, the second part is when you activate a match with Rules of soccer simulation. In matches, you have to coordinate your players skillfully to put the ball into the opponent’s net, in addition to the basic techniques you also have special abilities that help create an advantage. In addition, players who can also use lets will summon a Keshin which greatly enhances the strength of that player to help you control and keep the ball easier.

Bravely Default – For the Sequel