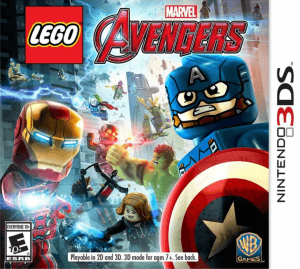 The story of the game is inspired by two movie movies, Avengers and Avengers: Age of Ultron, but some of the details have been changed and the characters not only appear from movies but also from comics. There are over two hundred characters that you can choose to fight, all of them appearing in the shape of fun LEGO blocks. There will be many characters appearing in a game, you will control one person while the rest are AI-controlled, but you can switch controls between characters at any time. Each character will have special simulation abilities like in movies and comics, in addition to using them to fight, you also need to solve the puzzles to continue the journey. As the story progresses you will be taken to various battle locations such as Asgard, Malibu, South Africa, Helicarrier, etc. In addition to the main story taken from the two Avengers movies, you will also experience a number of stages. The inspiration is based on the films of the superheroes.