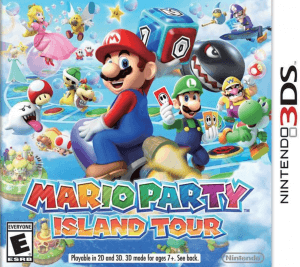 On a clear day, Mario and his friends receive a letter inviting them to join the party in the Party Islands. While they were having fun, Bowser was angry about not being invited, he created the Bowser’s tower and said that anyone could join his party. He then locked everyone in and made copies of themselves to protect the tower. Join the game, you can choose your favorite characters with the mission to destroy the tower and release every one. Your goal is to finish first in a race through boards, which moves will be determined by the dice. Each board will have a minigame and its own rules, which will be explained by Yellow Toad before the player is ready. Players who win minigames will be allowed to choose the reward and or the number of rewards for themselves. There will be nothing more interesting than playing Mario Party: Island Tour with friends and relatives, what are you waiting for without participating in this fun festival !!