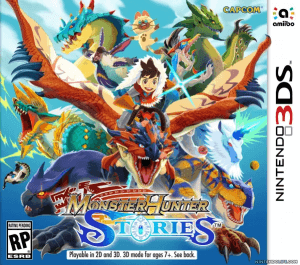 The story begins when the main characters with their friends Cheval and Lilia steal a Ratha egg in the forest, when they return to the village they find an aggressive Nargacuga infected with a disease called Black Blight attacked the village and killed Cheval’s parents. The protagonist’s Ratha fought to protect the village but was later killed. A year later, the village returned to peace, but the Black Blight-infected creatures are still out there, receiving the Kinship Ore, a crystal capable of overcoming wild creatures. The protagonist sets out on the Black Blight disease. As the main character, you will adventure in the vast world looking for more allies and fighting dangerous monsters. In addition, you can make friends with monsters by stealing eggs and incubating them, monsters that will help you move and fight. Battles will take place in a turn-based battle system, where you will control both your character and your monsters to fight.