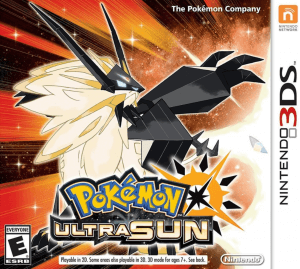 Pokemon Supernova Sun decrypted Citra (Pokemon Ultra Sun Hack) is a remake of the original Pokemon Ultra Sun game. The author of this version is a ROM hacker with the nickname Dio_Vento. In the game, there are many new things and unique features that promise to bring you an engaging experience not inferior to the original.

Notable features of the game include

– Harsher Level Curve: The game is balanced around the use of the EXP Share, which allows for explosive growth. Disabling the EXP share is not recommended.
– All-new Trainer teams, designed from the ground up, many featuring six Pokémon!
– All Captains, Kahunas, and other bosses have six Pokémon!
-Every fully-evolved non-legendary Pokémon (and Mega Evolution) will be encountered in a Trainer’s team during the main story!
– Totems are powered up and pack new strategies!
– Post-game Memento Blisseys added to Battle Buffet in Hau’oli City!
– Trainers are capable of EV Training their Pokémon!
– While grinding is always possible, the curve is such that the player will be approximately even with all enemy levels if you complete the optional content such as side routes.
– The player might become overleveled if they use the Lucky Egg, Pokémon Refresh, and / or the Trade Bonus.
– Every species is now capable of holding at least one item in the wild.
– Every species that has a Mega Evolution in its line is capable of holding its Mega Stone in the wild.
– Wimpod, Alolan Meowth, and certain other species have been known to hold Bottle Caps and Gold Bottle Caps!
– Pokémon that evolve through the use of a hold item has a chance to hold that item in the wild.
– Pokémon that need a special Incense to produce certain offspring have a chance to hold that Incense in the wild.
-The 10 Fossils available in Gen VII are now held by certain wild Pokémon 50% of the time. Some other Pokémon also have a chance to hold Fossils.
– And there is more.

2in1 Horses 3D Vol.3: My Riding Stables 3D: Jumping for the Team and My Western Horse 3D