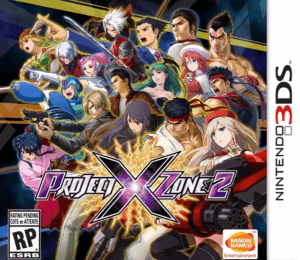 Familiar characters from the four families Bandai Namco Entertainment, Capcom, Sega and Nintendo have joined together in a battle to confront the evil enemies and save the world. Similar to Project X Zone, two characters in the same game will fight in pairs, for example, X and Zero from Mega Man X, Jin Kazama and Kazuya Mishima from Tekken, etc. The character pairs will be placed in a grid form arena, where the enemies appear. When you move your character close to the enemy, a battle will occur. The battles will take place in turn, you need to combine attacks and combos to cause as much damage as possible before the end of that turn.

Mahjong 3D: Warriors of the Emperor