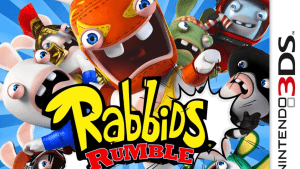 Crazy rabbits are raging around the world, you must stop them immediately before things get worse. With over 100 rabbits you need to capture, each has different types of fighting that you need to quickly adapt. In battles, the player’s team and the rabbit’s team will fight in turn, when one member of the team is defeated the other will replace it until one of the teams no longer has a member. With the defeated rabbits, you can recruit them into your squad to battle other rabbits.