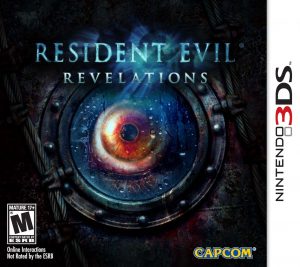 Also known as Biohazard: Revelations in Japan. The game takes place after the events of Resident Evil 4 and before Resident Evil 5 when two agents named Chris Redfield and Jessica working for the Federal Bioterrorism Commission disappeared after being sent on a mission at a Mediterranean cruise. At this time two other agents named Jill Valentine and Parker were sent to investigate the disappearance of the other two agents. Most of the game screen players will control the character Jill Valentine from a third perspective, where you will have to perform the assigned tasks while trying to survive before the disgusting monsters. There are many types of weapons you can use such as knives, pistols, machine guns, etc. to kill monsters, when aiming the angle of view will change to first or shoulder view. Some levels require you to interact with the environment or search for items to solve puzzles. Try to collect resources that appear scattered in the environment, some provide extra ammunition and some help build HP recovery items. During the game you will encounter strong bosses, they will have different types of fighting and you will have to adapt quickly if you do not want to be defeated. After completing certain levels, you will be able to unlock new characters, with each character having different abilities and melee attacks.