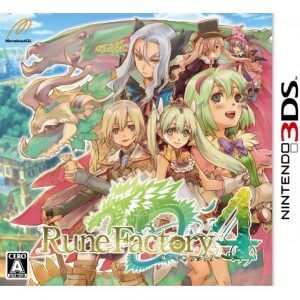 
The story begins when the main character is moving from the hot air balloon to the town of Selphia, but a band of bandits has come and they push him (or her) out of the balloon causing him to fall into Selphia and lost the memory. When the main character was found, the villagers mistook him for a Royal Family and came to run the town. Not long after Prince Arthur arrived, strangely he was very happy and agreed to let the protagonist take over his work. At the beginning of the game, you will be able to choose between two female and male characters, here you will run the town and live like a normal person here. You can talk to other characters, even flirting with bachelors. There are six bachelors in the game and each has a charm of their own. When the relationship is good enough you can marry that bachelor and give birth to children. In addition to social interactions, you can uncover the mysteries in the dungeon near the town. You will control up to three characters in battles, even your children can fight beside you. Unlike other games of the same genre that focus primarily on experience and leveling to make the character stronger, Rune Factory 4 is more about crafting that allows players to search for the necessary materials to make unique and powerful items.

How to Train Your Dragon 2

Tongari Boushi to Mahou no Machi