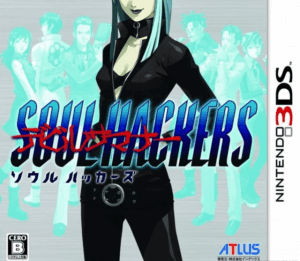 The game is set in a small town located in Amami City, which is also the headquarters of Algon Soft. In a short time, they turned this city into a city of the future with modern technology and an advanced computer network called Paradigm X. The protagonist is a young man and also a member of an amateur hacker group called Spookies. After an attack on the Paradigm X network, the group also realized the conspiracy behind this network was to steal souls and they decided to do something to stop this before it was too late. Join the game, you will adventure in the world of Paradigm X, where you have to solve puzzles and defeat the demons in turn-based battles. When fighting you will have up to three members in the same team, in addition, you can also negotiate with the demons in this world to make them allies. There are many different types of demons, some of which have the ability to recover and others that will assist with the attack.

Rhythm Tengoku: The Best Plus