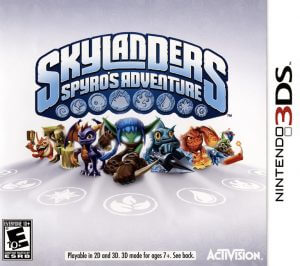 Skylanders takes place in a universe known as the Skylands, which the Skylanders have made it their mission to protect. An old enemy by the name of Kaos arrived one day, and banished the Skylanders to Earth as toys. The player takes on the role of the Portal Master, in charge of bringing the toys to life and voyaging through the Skylands to once again set things right. The story was written by Alek Sokolow and Joel Cohen, who both worked on the Pixar film Toy Story. The musical score was composed by Hans Zimmer. The 3DS version takes place in the Radiant Isles, a different realm from the console Skylanders. In this version, the Skylanders face a force of darkness commanded by an enemy named Hektore