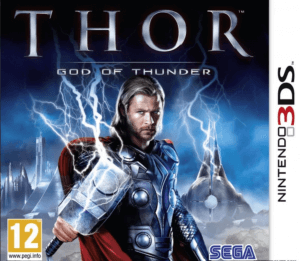 Join the game and experience the power of Marvel’s most powerful superhero comic book world. Play as Thor, the powerful thunder god, your mission is to take the Mjölnir hammer and protect Asgard from legendary enemies including Ulik, Ymir and Surtur. With the hack and slash game, you can unleash your power in front of a large number of enemies. In addition to pressing a button continuously, you can also create powerful combos that the enemy can not counter. The Mjölnir hammer is your main weapon, in addition to being used as a melee weapon. The hammer also has other special abilities such as flying around Thor to attack enemies then back to his hand or even is controlling the elements that help the character control thunder to deal massive damage to the enemy. After defeating enemies, your character will also receive an amount of experience and level up, which makes the character gain new abilities, strength and new weapons.