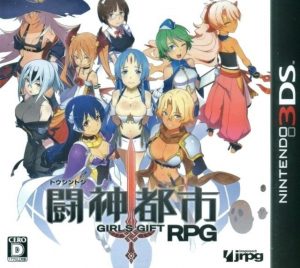 Remake of Toushin Toshi II originally released for the PC-9800 series, along with the FM Towns, in 1994. It is the only AliceSoft title to have been officially remade for a Nintendo console. Follow Seed, a warrior in training who's motivations to join a tournament of strength stems from the fact that the love of his life Hazuki is taken away by his greatest rival. In order to get her back, Seed must succeed in the tournament, but to do so, he needs to acquire help from other female characters. For this to work, in the world of Toshin Toshi, Seed must first defeat other contestants and actively woo their female counterparts. Upon success, these beautiful women will bestow upon Seed their power in the gift of special moves and abilities; there are over 100 unique powers.