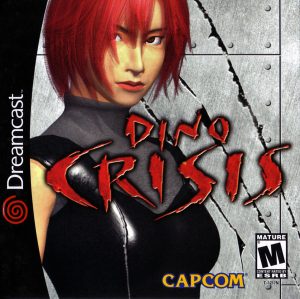 Dino Crisis is a survival horror video game by Capcom, released in 2000 for Microsoft Windows. It was directed and produced by Resident Evil creator Shinji Mikami, and developed by a team of staff members that would later become part of Capcom Production Studio. In the game, a special forces team must find a way to survive in a secret government facility that has been infested with dinosaurs. It features survival horror gameplay similar to the Resident Evil series and was promoted by Capcom as "panic horror".