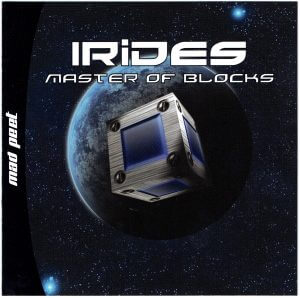 IRiDES: Master of Blocks is an Independent developed commercially released videogame developed by Madpeet and the first game by GOAT Store Publishing in 3 years. It is a puzzle game for the Sega Dreamcast and iPhone that combines strategy and action, an easy to pick up and play and hard to master type of puzzler. The biggest inspiration for Irides has been Q Entertainment's Lumines. Upon release both versions of the game were received positively by critics. The game's release date was announced alongside Rush Rush Rally Racing in order to celebrate the 10th Anniversary of the American Dreamcast.