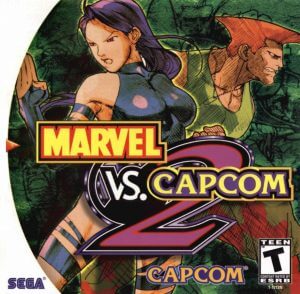 Marvel vs. Capcom 2: New Age of Heroes is a fighting game, developed and published by Capcom. It is the fourth game in the Marvel vs. Capcom series of fighting games. With the fourth installment of this series, Capcom simplified the player controls to make the gameplay more accessible to the wider audience of casual players. The button configuration was trimmed down to 4 main buttons and 2 assist buttons. The game also features a different air-combo system and 3 on 3 tag, compared to the 2 on 2 tag from previous games in the series.