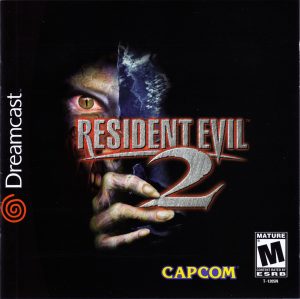 
The game is set two months after the events of the first Resident Evil, in the Midwestern American mountain community of Raccoon City. Nearly all of its citizens have been transformed into zombies by an outbreak of the T-virus, a new type of biological weapon secretly developed by the pharmaceutical company Umbrella. The game's two protagonists are Leon S. Kennedy, a rookie police officer on his first day in the local force, and Claire Redfield, a college student looking for her brother Chris. Having just arrived in the city, Leon and Claire make their way to the Raccoon Police Department, seeking protection from the mutated population. There, they discover that most of the policemen have been killed already, and that Chris has left town to investigate the Umbrella headquarters in Europe. With no remaining motivation to stay, the two protagonists split up to look for other survivors and flee the city. While searching for an escape route, Claire meets a little girl named Sherry, who is on the run from an unknown creature, and Leon encounters Ada Wong, who claims to be looking for her boyfriend John, an Umbrella researcher.