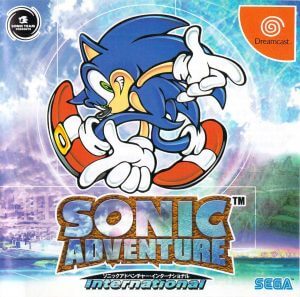 Sonic Adventure International is a Japanese exclusive re-release of the original Sonic Adventure. This re-release was due to Sonic Adventure being rushed to the market in Japan and having several bugs and unimplemented features. The US release had more development time thus the game was closer to what its developers had intended for it to be. Sonic Adventure International is the same as that version, but with added features. Notably, complete English and Japanese language voice tracks are included, as well as subtitles in English, German, French, and Spanish. There is also a more solid framerate, tweaked cameras, additional voice clips and a number of new download contests (some country-specific). Some graphics were tweaked or changed completely such as the removal of the neon cowgirl billboard from Casinopolis. The World Ranking mode allows people from multiple regions to upload best times to an international scoreboard for prizes. A demo of this version was made available for rent for a limited time in 1999 called Sonic Adventure: Limited Edition.