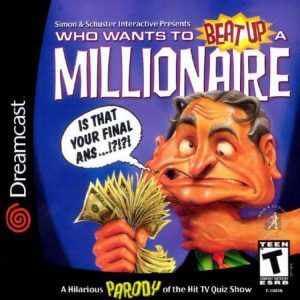 Who Wants To Beat Up A Millionaire

This is a fighting parody of the show, called Who Wants to Beat Up a Millionaire? In WWTBUAM, you answer questions and get an opportunity to beat one of five in-game millionaires half to death in order to drain his or her bank account and fill your pockets. The show is hosted by Egregious Phillin, who for all intents and purposes is Regis Philbin, only fatter, louder, and more annoying. The game also has its own clever variation on the show's lifelines, here called Lifeboats.