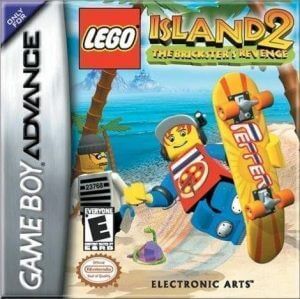 The developer is trying to blame a Pizza delivery employee that he has made the prisoner Brickster escape from prison in some way. The reason is not given in any way, including text or cutscenes introduced at the beginning of the game. And this has created a little ambiguity in the hearts of people. But then, that feeling disappeared while I was really looking into the reason, mainly, what is LEGO Island 2 trying to bring about? Its introduction is not really relevant and affects the gameplay too much. Although you will have to go through a lot of places to find the escapee. He is still trying to take revenge, and this will cause chaos in the city, even affecting the lives of innocent people. So, how can he be found? The system presents puzzles, and solving them is also the way to tackle the problem. But instead of understanding it as riddles, I think they are minigames, with the aim of increasing the entertainment and taking players roaming all over the lovely island. However, on a small side, there will also be lurking dangers that players need to face, including pirates, mummies, and Brickster bosses. Then, it will be more like the role-playing genre because you can avoid or choose to fight against evil.

As mentioned earlier, there are many Minigames to enjoy. This is considered as a point to change the stereotypes in most other GBA products. You will be able to drive to the requested location in advance, with limited time and minimap. The key is finding a shortcut, and, of course, it must lead to the correct destination. In another situation, the Pizza guy accidentally became a track runner when running long distances to chase the goal. However, there will be stops and completion time to decide whether the next phase is unlocked or not. Scores are not involved in, but obstacles are numerous. They hinder and bring delays. If the player’s reflexes are not good enough to dodge, it will be challenging to overcome and require replays many times.
Covering the game is the adventure genre. Every scene takes place in different locations. And if you can afford to explore the entire island, it will be hard to resist not screaming out: “This place is so amazing and has many interesting things.”

Phil of the Future