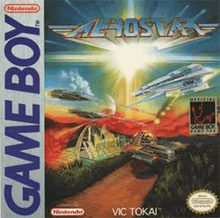 The game takes place in the future when the Earth is ravaged by human wars. After many years of human migration, those who stayed there thrived on this landfill and became mutants. When humans returned to settle on Earth once again, they were stumbled upon by mutants and the war once again took place. Join the game you will control a spaceship tasked to destroy the base of mutants. The game is divided into many different levels with countless enemy spacecraft that you need to destroy including bosses. You can also upgrade your weapons by collecting items dropped from enemies to fight the next wave of enemies.