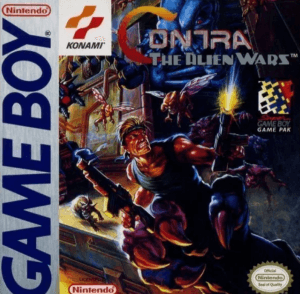 Also known as Contra Spirits (in Japan) and Probotector 2 (in the PAL region), this is a game based on Contra III: The Alien Wars but has been revised streamlined to fit the Game Boy system. Join the game you will be able to control one of the two available characters and use your gun to overcome many different levels. There are many types of bullets that you can pick up during the game, each with its own characteristics. During the game, you will also encounter bosses with many different types of fighting and you need to quickly find its weakness before being defeated.