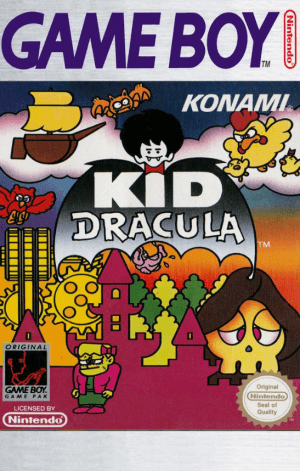 Kid Dracula woke up after a long sleep and began the journey to regain his throne. As the young demon king, you will have to overcome many different levels of play with increasing difficulty and confront increasingly dangerous enemies. Kid Dracula has the ability to throw energy balls at enemies to destroy them, in addition, he can also turn into a bat to fly in a short amount of time. In the process of playing you also have to fight with powerful bosses, now you need to quickly find weaknesses before they are defeated.