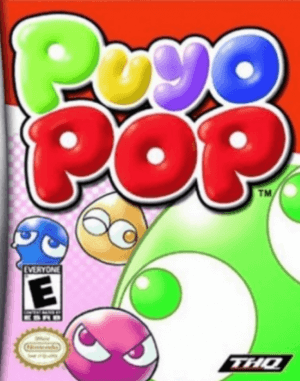 The story revolves around the protagonist Arle Nadja, a young witch who is fighting the Dark Prince’s plot to rule the world. There are a total of three interesting modes including Single Puyo Puyo, Double Puyo Puyo, and Endless Puyo Puyo. In the Single and Double modes, you will move the liquid called Puyo falling from above to your playground. When at least four Puyos are near and connected to each other will disappear and bring players the score. If you create a combo that makes many Puyos disappear at the same time will make the opponent’s playground receive a lot of white Puyo. If either side has Puyo that reaches the top then the game will end. Exceptionally, with Endless mode, you can constantly arrange Puyos so that you can achieve the highest score possible without an opponent.