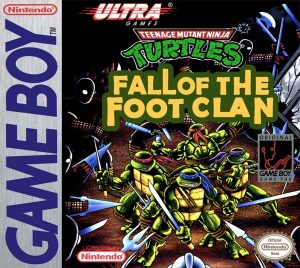 This game is also known as Teenage Mutant Hero Turtles: Fall of the Foot Clan in Europe or Teenage Mutant Ninja Turtles in Japan. Join the game you will control four familiar turtles, each character will use a separate weapon. When a turtle is defeated, it will be captured and you must replace another turtle to fight, and if all four turtles are captured, you will have to play that screen again. On your journey, you can also collect pizzas to restore your character.