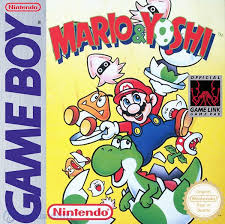 Yoshi is also known as Mario & Yoshi in Europe and Yoshi’s Egg (ッ シ の ご Yosshī no Tamago) in Japan. Join the game your task is to wipe out the monsters that appear on the playground. There are four rows of monsters on the playground that you can arrange, monsters will fall from above and you can see in advance which type of monster will fall next. The same monsters that are next to each other in a row will disappear (for example, if a Goomba falls into another Goomba they will disappear) and the player will receive a score, just like the object until one row any peak, the game will end.