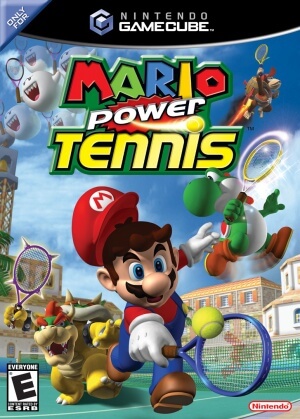 Mario has been one of the most prominent topics of Gamecube brands in recent years. The highest point in the series was the “Mario Power Tennis” video game series. Unlike the amazing adventures of the original Mario, coming to “Mario Power Tennis” you will experience the sport of Tennis established in this game. With a series of typical characters installed in the game, you will be allowed to choose 1 of those characters to proceed to participate in the game quests. “Mario Power Tennis” will introduce players to attractive game modes such as Ring Shot, Item battle, Tournament mode, Exhibition mode, … and your task when starting to play is earning bonus points by hitting the colored balls emitted in the game field.