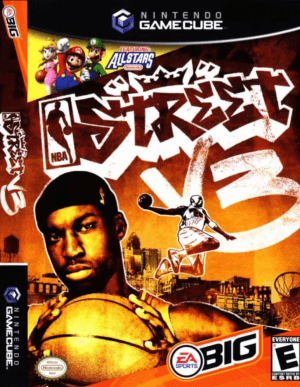 For PlayStation consoles, NBA 2K is the most attractive series of basketball games today, but for Gamecube, “NBA Street V3” is the unique game set of this popular sport. Similar to the actual basketball game set, players will build their own team to participate in matches with opponents. “NBA Street V3” is played according to NBA scoring rules, in which players will control the players of their team to perform outstanding tricks to bypass the opponent’s players. The goal is to get the most points scored until the end of the match. Each ball scored a player can earn Gamebreaker to increase the score of his team and delete the points of the opposing team.

The Urbz: Sims in the City