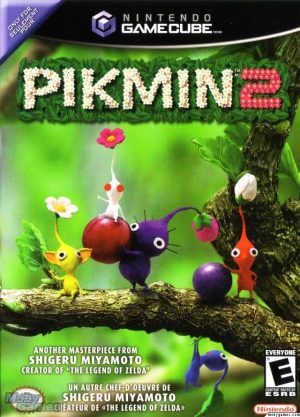 “Pikmin 2” a very attractive strategy game of Gamecube was released in 2004. Coming to this game, you will be involved in unique missions with tiny creatures called Pikmin. Entering the game, you will be able to control two parallel characters, Captain Olimar and Louie, in the quest to collect treasures. Your task is to control the characters directing a group of Pikmin creatures to complete their target missions. Pikmin can participate in destroying enemies or gathering in groups to move objects to his base. Pikmin will follow Olimar or Louie to move around the yard because you can control two characters in parallel, so you can separate them to complete multiple tasks at the same time.