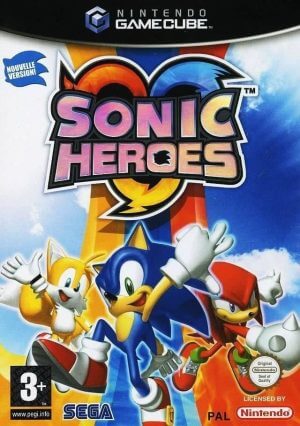 One of the rival game sets equal to Mario, it must be mentioned the “Sonic Heroes” video game. The game is rebuilt into compelling Sonic stories and eye-catching 3D platform configurations. With linear gameplay, players will be able to participate in the game levels in a team of 3 available characters in the game. Players just need to choose the attractive characters that they want to control such as Sonic, Amy Rose, Charmy Bee, … to control rotation in the course of game missions. The player’s mission is similar to that of the original Sonic versions, which is to defeat the hostile robots arranged around the playing area along with collecting 7 emeralds and accumulating rings in levels of the “Sonic Heroes” game.