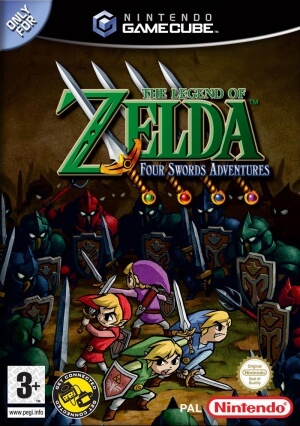 It’s no stranger to “The Legend of Zelda: Four Swords Adventures” if you’re a true fan of The Legend of Zelda series. Yes, this is also an exciting action-adventure game series after the previous series was released. “The Legend of Zelda: Four Swords Adventures” is one of the best-selling versions of the series with more than 500,000 copies sold worldwide. In which the player will start the adventure by the main mode of the game is Hyrulean Adventure. Players can take part in adventures with up to 4 players in 8 worlds and boss battles. The goal is to collect Force Gems in each level of the game and complete platform puzzles so that you can overcome obstacles in the game.