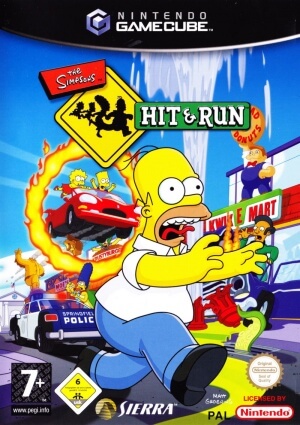 Based on the animated film of the same name, “The Simpsons: Hit & Run” was released to gamers around the world with the action-adventure game genre. Entering the game you will discover the mysterious stories of the Simpson family and their Apu Nahasapeemapetilon friends. With strange incidents taking place in life, players will be involved in the time missions of the alien conspiracy caused by the villain. “The Simpsons: Hit & Run” will lead players through 7 game levels with mission packs and compelling storylines in each level. The task of the player is to choose one of the game characters: Homer, Bart, Lisa, Marge, and Apu to participate in interesting adventures. Players can collect items and also participate in fights with enemies arranged in the play area.