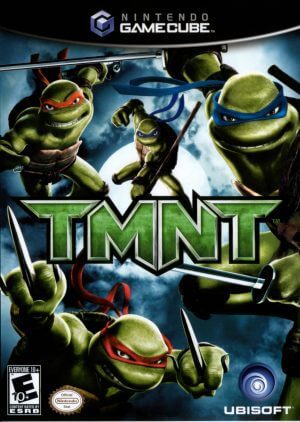 Based on the newer anime styled FOX cartoon of the same name, Teenage Mutant Ninja Turtles features Leonardo, Raphael, Michelangelo and Donatello as green ninjas. Living in the sewers, they creep out when nobody is looking to fight for truth, justice and another slice of pizza. Fighting against the public face of inventor Baxter Stockman and the more shadowy figure of Shredder and his Foot Clan, these Ninja Turtles will get the chance to make their opponents eat shell! The game is a 3D beat-em-up with multiple players. The game sprites all resemble the cartoony look of the TV show and each turtle features unique moves, sound bytes and fighting style all his own. Ninja Turtle moves include a weaker/quicker attack, a stronger/slower attack, Ninja Shuriken and a Jump-Kick.

Carmen Sandiego: The Secret of the Stolen Drums