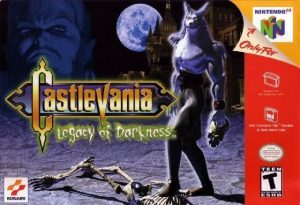 Konami’s Castlevania name seems to have dominated the game and movie market over the years. The fact that games are adapted from films seems to be familiar. Going against that, this series of games has created something unbelievable. The stories from this game are so good that a lot of movies have been created based on Castlevania, even cartoons. This series of action-adventure series ranges from 1986 to the present, for a total of more than three decades. The version of Legacy of Darkness entered the market in 1999. The context of this version was set in the 1844s. One day, the werewolf Cornell returned home and realized everything was completely burned down. While sinking into despair and deadlock, he found Ada’s sister’s pendant. The younger sibling’s scent led him to Dracula’s castle. Throughout the game, on the journey to rescue his sister, Cornell must go through traps or fight enemies, even hounds, and vampires. Ortegal, also his friend, is also the last enemy that he must fight.