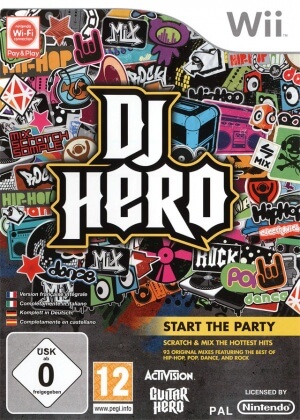 DJ Hero is a popular music series based on the famous Guitar Hero series, developed by FreeStyleGames and published by Activision. Since appearing in 2009, DJ Hero has truly become one of the most popular games of all time. Unlike similar games, DI Hero includes 93 game-specific mixes composed by famous DJs and artists such as DJ Shadow, Z – Trip, Eminem, Grandmaster Flash, and Jazzy Jeff. GamePlay relies heavily on the “turntablism” emulation system – a style of DJ playing, to create a mix of original songs and sound effects. Coming to DJ Hero, your main task is to rotate and press the buttons at the time they appear on the screen. It can be said that the playing style and scoring system of DJ Hero is similar to Guitar Hero but have a higher level. With a colourful interface and glittering neon lights, DJ Hero can turn your room into the right dance floor. Make your experience as real as possible.