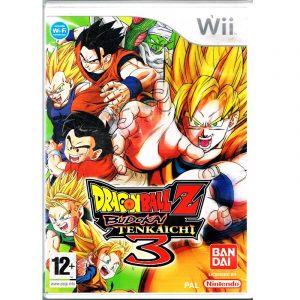 Surely the Dragon Ball cartoon is no stranger to you. The film is associated with childhood with many different parts. Now, a segment of the story has been adapted into a game called Dragon Ball Z: Budokai Tenkaichi 3. It is a game of action fighting genre. This version offers players 98 different characters with a total of 161 transformation forms. Some new features have also been added for the game such as battle replays, night and day, and the ability to play online. The nice thing about the battle replay mode is that it allows you to record past matches on your SD card and watch them later. With night and day mode, players will have different transformation characteristics. Some characters can only transform into Ape at night, but some Saiyan characters can transform day or night. In the ape form, players will be many times stronger than normal and can easily K.O the opponent. The characters in the game have different shapes and skills. A character can turn into many shapes. The two typical attack combos of characters are Blast Combos and Z Burst Dash. These are the two most powerful and high damage combos that allow players to increase attack power and speed.