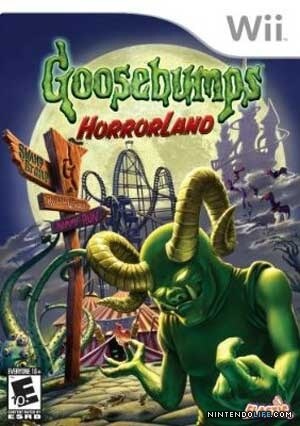 Goosebumps HorrorLand is an adventure and role-playing game released in 2008. Based on a novel of the same name, Goosebumps HorrorLand will give players a great experience. The game story begins when the character you control suddenly receives an invitation to HorrorLand. Because of his curiosity, he and his companions came to this strange land. Along the way, the character will encounter many difficulties and obstacles. Extremely strange figures are the ones who give suggestions for your trip. The character has to go through some exciting mini-games to complete the available missions. For example, racing, however, it will not be the same as in the normal version, because the character only needs to move the car for a certain time and protect the car from going down the “death” holes ( appear randomly). Or take extremely dangerous training. On the way to move, characters can also collect a large amount of money to help buy more new characters, costumes.