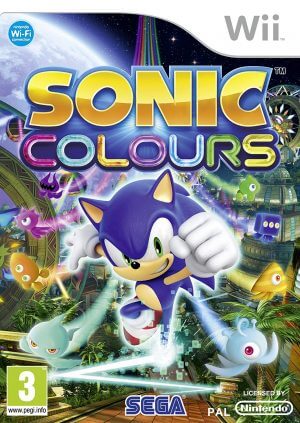 Sonic characters are probably no stranger to cartoon enthusiasts or regular SEGA game series. Now, SEGA continues to make Sonic the main character in a new game called Sonic Colors. The game has a plot revolving around Sonic and his process of defeating enemies. In this version, Sonic has to fight Doctor Eggman – a madman who always wants to take over the world; he has occupied an alien race and turned them into slaves. Your main task in this game is to control Sonic to collect rings and kill enemies. To do this, Sonic must find a way to travel through six connected miniature planets, with the inside as a source of central energy. Each planet will symbolize a stage of the game. Each of these stages will be divided into seven levels. The first six levels you will fight with mid-range enemies from easy to difficult, and the last level you will fight the boss. During the action, players need to control Sonic, avoiding obstacles and defeating enemies to aim. At the end of each stage, the character fights a giant robot invented by Eggman. During these processes, the game also frequently changes players’ control angles. At the end of each level, the player will be lettered from D to S following the good level you have achieved.