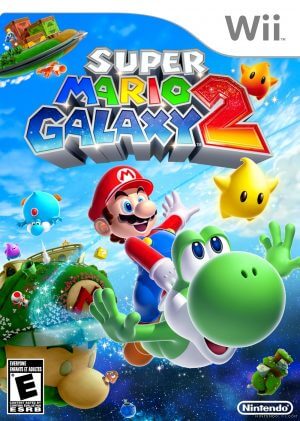 Super Mario Galaxy 2 is a platform video game developed and released by Nintendo for Wii. The story is about Mario as he pursues King Koopa, Bowser, to outer space, where he captures Princess Peach and controls the universe using Power Stars and Grand Stars. Mario must go through many galaxies to recover powerful stars, travel to the space center, and rescue Princess Peach. The game was originally planned to be an updated version of Super Mario Galaxy, which was later decided to develop as a sequel. As the developers continued building the game, there were lots of new ideas and so the development time extended to two and a half years. Among the additions is the dynamic environment, the increase in new power, and the ability to ride Yoshi are the most special. The addition of Yoshi in Super Mario Galaxy 2 is completely expected. Yoshi has strict and intuitive controls, including the ability to click his tongue on objects. While Yoshi’s levels are limited to specific galaxies, others can use their ability to inflate like a balloon, thereby increasing altitude and flying along great distances. . The challenge of the game remains the same; you have to jump through huge levels in many different locations to reach the Last Star.