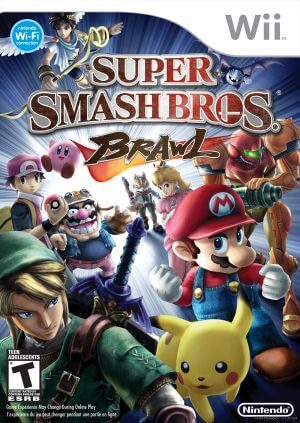 Super Smash Bros. Brawl is a cross fighting video game developed by Sora Ltd and Game Arts. With up to four players in a match, opponents must try to knock each other out on the ring, depending on the rules of the match and different win conditions. Each player has a damage meter starting at 0%. When various attacks and items attack your character, this damage meter will increase, making it easier for the characters to understand each other. Items appear randomly, from exploding Bomb-ombs to foods that add health to your character. Each character in the game has its own normal and special attacks, along with many distinct qualities and abilities for you to explore. With an impressive cast of 35 characters and over 41 diverse arenas, each Smash match brings new and interesting things for players. This game also has quite a good sound; The soundtrack of “Super Smash Bros. Brawl” includes works composed by some famous and successful musicians of the gaming industry.