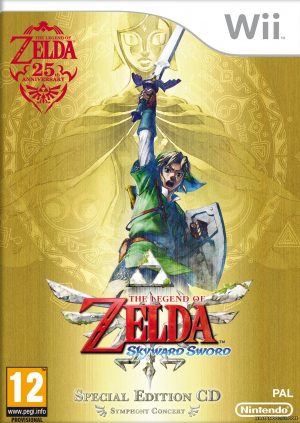 The Legend of Zelda: Skyward Sword is an action-adventure game released in 2011. Entering the game, you will control the character Link moving on the floating island – Skyloft complete tasks to promote the progress of the story or solve problems. Throughout the game, the protagonist’s primary mission is to rescue his childhood friend Princess Zelda who was abducted by Surface. Much of the game will take place thanks to the player controlling the camera (helping to change the perspective, improving the story situation) and the fight with a series of monsters in the dungeon. Characters are integrated with features that allow them to jump over gaps or large objects but help nature quickly move and shorten combat time. The ability to climb on walls or carry heavy objects was also added in this version. Collect additional energy swords to help free Skyward Strike, allowing the character to activate special magic powers. The most exciting thing in the game is that there will be no main view throughout the game that you can change to play the first or third perspective is arbitrary.